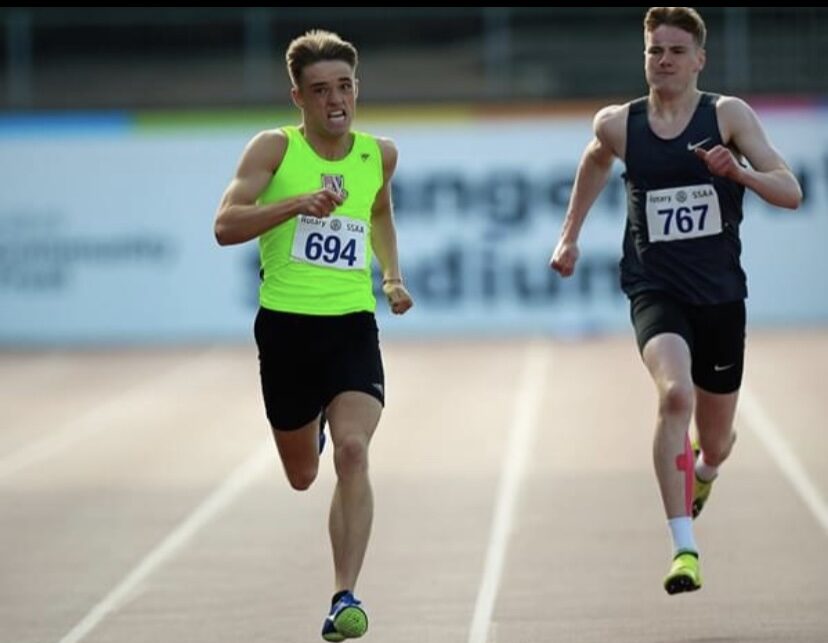 Harris Pentecost is a middle-distance runner who was the first to join the Developing Futures programme. Based in Falkirk, Harris has been achieving great success competing in Under 18 age categories before moving onto the senior category.

He is recently returned from a 12-day training camp with the Swiss National team at the Las Playitas resort in Fuerteventura.

We asked Harris some questions about his journey so far, his training and his future aspirations.

How did you first get into running?

I first got into running when I was around 13/14. My twin brother was extremely talented at running. We both had participated in a range of different sports from a young age, mainly focussing on football and then rugby. Essentially what happened was my twin Lewis decided to sack the rugby off to venture into this new sport and I made the leap with him, thinking I might as well join along if he was going to.

To say I fell in love with the sport instantly is an understatement; it was the simplicity of the sport that drew me in. There is no feeling that comes close to it, running to me makes me feel like a kid again. When I am running there is no other worries or stresses that come into my head, it is just about putting one foot in front of the other. This sudden switch of sport might seem a bit random, but it was advised by my father, who back in his youth ran for Scotland many times on both track and cross country, so he knew talent when he saw it. His two sons taking up the sport he once did himself has led him back to coaching at the club he ran for, Falkirk Victoria Harriers, which all three of us are members of to this day.

When did you start competing?

I started competing from age thirteen until I was around eighteen and then I took just over a year out due to struggling a bit mentally, but it has been the best decision of my life returning back to running.

I am gearing up for a big 2022 track season and I have been enjoying doing my first full winter training block as an endurance athlete. At a younger age at 15-17 my mileage throughout the week was really low as I didn’t want to overtrain at such a young age. I think the most mileage I did then was 30 or 35 miles at the very most but would mostly sit around the high 20s for the week. With me now being twenty-one, and being considered an adult, I usually hit around 70-80 miles a week in the winter season, this will reduce considerably going into the summer to allow myself to sharpen up for the outdoor track season.

With working a full-time job and running there is not much time in the week for much else.

What has been the highlight of your career so far?

Highlight of my career so far would be getting coached by Paul Forbes briefly before I took my break away from running.

Paul ran for GB and Scotland at 3 commonwealth games and the knowledge and wisdom he passed on to me was greater than any Scottish title I have ever won.

What are your next steps/aspirations?

As I said before, I have in the past been extremely undertrained as a youngster but now undertaking adult-like training this next year or so is going to be pivotal in my development in becoming the successful runner I know I can be.

My indoor racing plan got scrapped because of the recent COVID situation in Scotland where indoor events were postponed, as a result of, this I won’t be opening my race season until late March. I’ll be racing from March to late June, then I’m away to an altitude training camp for 17 days up in St. Moritz with the Swiss team then back racing at the start of August.

My main targets are looking towards the commonwealth games in Canada in 2024, but more recently it was announced that the world indoor championships are being held in Glasgow in 2024; with it being in your home country it is something you have got to aim for.

What is your ultimate goal/dream?

To be a well-established endurance athlete at international level. I want to be able to develop myself as an athlete to a point where I can compete at a very high level from 800m up to a 10km and win national titles across many different distances.

How can we help you?

Arrange a meeting to discuss your individual training needs.